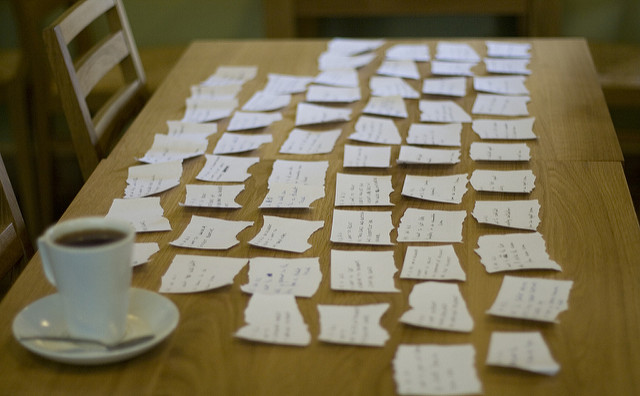 The year of 2012 was the Year of the Code, when non-profit organizations, celebrities, politicians, and Silicon Valley CEOs joined in the Learn to Code Movement. Considering that digital technology is rooted in American society and that the tech industry will produce thousands of jobs in the coming years, goes the argument, coding is the basic skill of the 21st Century everyone should learn. Rebuild the Dream, a think tank that creates solutions for America’s most pressing economic, social, and political problems, joined other social compaigns in 2014 with #YesWeCode.

With Rebuild the Dream founder and former Obama administration aide Van Jones at the helm, the #YesWeCode campaign gathers several grassroots training programs to prepare one hundred thousand African American low-income youth for the coming tech industry job boom. The story of its creation and subsequent mission, however, is as much rooted in a rhetoric of economic benefits as it is in being a rhetorical counter narrative to conceptions of Black America’s urban neighborhoods. To explore this idea, I rhetorically analyze the YouTube video “What is #YesWeCode?” embedded on the campaign’s “Our Story & Mission” webpage.

Being “in the moment” and answering the present concerns of African American youth makes #YesWeCode rhetorically effective. It puts itself against the professional goals typical of many African American youth living in low-income urban communities: hustler, basketball player, rapper, and President of the United States. The campaign argues that they can provide a safe and secure pipeline to a more likely outcome: software engineer. The direct address of these less likely dreams places the initiative in the urban communities, and not some well-meaning initiative that hasn’t done its research. The campaign understands their audiences’ value in financial stability, and pronouncing that a new path exists, a path they have never considered before, creates some cognitive dissonance for the campaign’s audience, and from that dissonance, curiosity and interest. The technology these youth are probably familiar with—smartphones, tablets, laptops, apps, etc.—has more use than for mere consumption. This disruption in their expected career possibilities creates some appeal for the campaign’s audience. If many youth take up this idea, the campaign could effectively rewrite urban youth’s perception—coder becomes a part of the discourse of future opportunities.

And so the video uses footage of African American youth in unexpected spaces doing unexpected activities often not associated with this youth. They are in dimly lit glassed rooms with whiteboards covered in writing and programming language talking about their games (such as Healthy Birds). Of course, the presence of these youth lend credibility to the campaign—it works, it attracts, it might just succeed. The image also challenges what we typically see African American youth doing in the media: on the streets or in jail or on the basketball court. For the audience—youth and the parents of these youth—the images should have an appeal that undoes what they had imagined for themselves. They could be like the children in the video, talking about ideas rooted in technological literacy and design while having fun at the same time. As with the argument above, the video teaches audiences to add these images to their list of images for the future. Can I be this? Can I do this? Here I am among my own “shaping the future” of others and not just myself.

To sum briefly, the argument and the accompanying images described and analyzed above mean to reinvent low-income African American youth’s expectations for themselves. It counters what seems to be a narrow and ill-defined definition of professional success. The video also counters media representations of African America youth, representations that their audience know all too well and perhaps contributes to how they see their future as much as the environment they live and learn in.

The goals of the campaign, as shown in the second half of the video, does more than counter and reinvent how African American youth can see their identities and what those identities do for them. It also seeks to undo the stigma attached to the hoodie In the video, as well as in other media, Jones explains that  #YesWeCode began with a commeny by the musician Prince: anytime anyone sees a black boy in a hoodie, they think of Trayvon Martin, but anytime anyone sees a white boy in a hoodie, they think of Mark Zuckerberg. Jones explicitly states in the video that #YesWeCode wants to train a generation of black Mark Zuckerbergs. This idea once again speaks to the timeliness of the creation of this campaign. Somehow it heals the injustice of Martin’s death and while at the same time preventing the deaths of future African American youth by “well-meaning” police officers and neighborhood watchpeople. The hoodie, redefined as a marker of individual genius, creativity, entrepreneur, and a contributor to America’s economy. In other words, to save the lives of African American youth, they must be seen as important to America. They must serve the tech industry. No one would shoot someone who contributes.

The video displays these efforts with a recording of an event in which Jones calls African American youth to the stage dressed in black hoodies. This is a political and social statement, not just an educational statement. The presence of these black bodies in black hoodies signals that #YesWeCode is in some ways a social justice movement. But the idea of turning African Americans into Mark Zuckerbergs seems just as much an unlikely dream as playing professional basketball or becoming President of the United States. Moreover, #YesWeCode seems to ask African Americans to rise up to the standards of white America, so they don’t get shot. But isn’t the better argument that no one should be shot for simply appearing different or for simply wearing different clothes? This social campaign reasonably tries to make a commentary on injustice, on poverty, and on race without unpacking these implications of the argument. There is a history here in the United States of African Americans trying to live up to the standards of the dominant white culture, and given the turbulent times of today, we are already certain of the results.

This campaign has existed for two years now. The length of time since this mission statement brings up a few questions. How has it continued its original message or how as the tactics of the campaign shifted as it spreads efforts to different cities? How has the campaign used other media events and does it have a similar message as seen in this video? What language or points am I missing in my analysis, and, related to this question, I sense the lack of a framework for conducting rhetorical analysis. What specific frameworks can I use? The Interpretative Systems Model, perhaps?